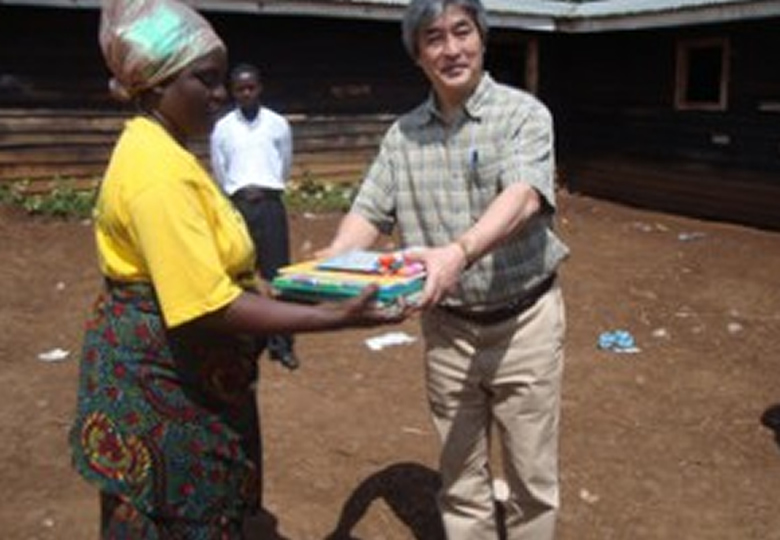 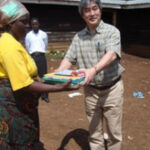 Professor Juichi Yamagiwa at Kyoto University, the member of honor of the Pole Pole Foundation, recently visited the Kahuzi-Biega National Park as it is his annual custom for over three decades. He loves the eastern lowland gorillas (Gorilla beringei graueri) and he is the single primatologist who contributed a lot of scientific papers about this precious subspecies since 1978. We call him ‘Mwalimu’, which means ‘a teacher’ in Swahili.

He was with his old colleague of over three decades at the Karisoke Research Center, Mr. Ian Redmond who is a famous biologist/ conservationist and the 1st YoG (Year of Gorilla) Ambassador 2009. The first day, I drove them in a 4WD vehicle as the Silverback Kingdom Trekking Agency. It was really a wonderful visit. We were escorted by Mr. Radar Nishuli, the current Chef de Site of Kahuzi-Biega N.P. The Cimanuka group of 37 gorillas was feeding in a cloudy morning on the Mt. Bugulumiza.

Mr. Ian Redmond ‘Shaba Two’, which is his local name as the father of twins since 1980′s, filmed and interviewed all of us one after another with the BBC’s microphone. I said ” The war is over, our former friends and every one from abroad can join us on the ground once again as it was before”.

On the following day they all drove and paid a visit to Anga Forestry Secondary School where each of them planted young trees. Books were donated for the POPOF school library. They played some games with the pupils during the recreation time.